We’re nominated for an Edison with 2nd album ‘Wanderland’!

The jury report stated the following: “A progressive, imaginative but above all well-balanced, mature album. After the praising reception of her first album, Sue The Night searched for her artistic and creative drive and gloriously found it on their new album.

The Edison awards are like the Dutch Grammys. A wonderful compliment to all who have contributed to this album and the work that goes into doing what we do!

Holy poodle! After ‘Best Video’ nominations by 3FM Awards, NFF and IDFA, our video MIND DEAR, made by Thessa Meijer, is nominated for Best Music Video at the SXSW Festival in Texas, U.S.A! Right next to, for instance, JAY-Z and Moses Sumney, our ‘furry video’ is shining in the list! Click here for the article and here for the video. 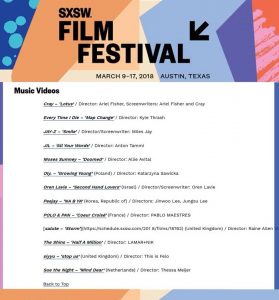